The Skill Content of Occupations across Low and Middle Income Countries: Evidence from Harmonized Data

Using new and harmonized worker-level survey data on tasks at work in the developing world, this paper constructs, for the first time, a measure of the skill content of occupations for 10 low and middle-income countries. Following Autor, Levy and Murnane (2003), Acemoglu and Autor (2011), and Autor and Handel (2013), we map tasks into non-routine analytical, non-routine interpersonal, and routine & manual skill groups. We find significant differences in the skill mix used by workers across different occupations, with selected whitecollar occupations being intensive in Analytical and Interpersonal skills, while others— mostly blue collar, but not only— being more intensive in Routine and Manual skills. We also find that the rankings of occupations along the skill dimensions are quite stable across countries, and they correlate significantly higher between middle- and low-income countries than between them and the United States. Hence, the common practice of assuming the same skill structure for occupations in the United States and other countries can be misleading. Finally, we find that the heterogeneity of skill content between occupations (within countries) tends to decrease with the level of income, while the heterogeneity within occupations decreases only weakly (or not at all) for higher income levels. Taken together, these results suggest that as countries develop, they tend to adopt and use certain skills more widely, especially across occupations. This may suggest some degree of specialization in skills content of tasks as countries develop, especially moving towards less occupation-specific Analytical or Interpersonal skills that are becoming increasingly relevant across the board. 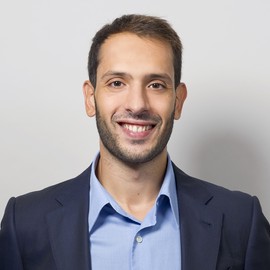 My research interests include social security, migration, and the role of firms in the labor market.